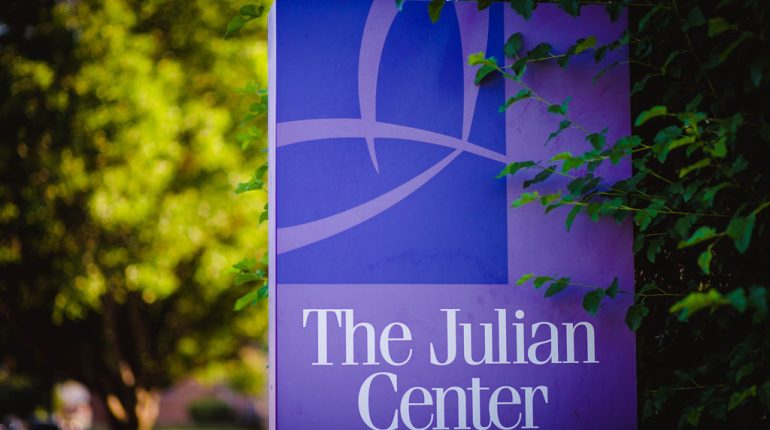 (April 22, 2020 INDIANAPOLIS) The Board of Directors of The Julian Center has named Jeff Brown as chief executive officer of the domestic violence counseling and emergency shelter in Indianapolis. Brown has served as interim CEO since December, 2019.

The Julian Center board chair Phil Terry said Brown’s decades of management experience made him the perfect choice to lead The Julian Center into the next decade of service. “I am pleased that Jeff has agreed to lead the amazing heroes who make up the Center’s staff. Jeff is a proven team builder. The Board is confident that under his direction The Julian Center will continue to compassionately serve victims of domestic violence and their families,” said Terry.

Brown previously served the National American Legion from their headquarters in Indianapolis, for 27 years. He led operations as executive director of the Legion for 10 of those years.

Prior to his work for the Legion, Brown was a senior staff accountant for the Indianapolis office of Ernst and Young. He is an Air Force veteran.

For Brown, leading The Julian Center is a natural way to continue to serve the central Indiana community, and the nation. “I’m excited to be joining The Julian Center as its President and CEO. The Julian Center has a great tradition of changing lives. It’s a place to heal and to start anew. Having served as interim CEO for four months I’ve experienced first-hand the deep caring and dedication of the staff and the enormous talent and commitment of the board of directors.”

Brown’s goals include generating greater financial support for The Julian Center’s mission; providing a positive mindset for survivors to heal; and improving the education experience for children of survivors who live at The Julian Center.

Brown and his wife, Mary, and have been married for 30 years. They have two adult children.

Every Gift Makes an Impact

Can provide a gas card for a survivor to get to work.

Can provide 4 hours of staffing for our 24 hour crisis line.

Can provide a bus ticket to get a survivor out of town for safety.

Can help run the entire Julian Center campus for one hour.

The Julian Center empowers survivors of domestic and sexual violence and creates a community where every individual is safe and respected. And we are proud to be the largest organization of its kind in Indiana.

Since 1975, we have assisted more than 66,350 people and educated over 365,750 others on the causes and effects of domestic and sexual violence and its impact on our community.

This website uses cookies to improve your experience while you navigate through the website. Out of these, the cookies that are categorized as necessary are stored on your browser as they are essential for the working of basic functionalities of the website. We also use third-party cookies that help us analyze and understand how you use this website. These cookies will be stored in your browser only with your consent. You also have the option to opt-out of these cookies. But opting out of some of these cookies may affect your browsing experience.
Necessary Always Enabled
Necessary cookies are absolutely essential for the website to function properly. These cookies ensure basic functionalities and security features of the website, anonymously.
Functional
Functional cookies help to perform certain functionalities like sharing the content of the website on social media platforms, collect feedbacks, and other third-party features.
Performance
Performance cookies are used to understand and analyze the key performance indexes of the website which helps in delivering a better user experience for the visitors.
Analytics
Analytical cookies are used to understand how visitors interact with the website. These cookies help provide information on metrics the number of visitors, bounce rate, traffic source, etc.
Advertisement
Advertisement cookies are used to provide visitors with relevant ads and marketing campaigns. These cookies track visitors across websites and collect information to provide customized ads.
Others
Other uncategorized cookies are those that are being analyzed and have not been classified into a category as yet.
SAVE & ACCEPT